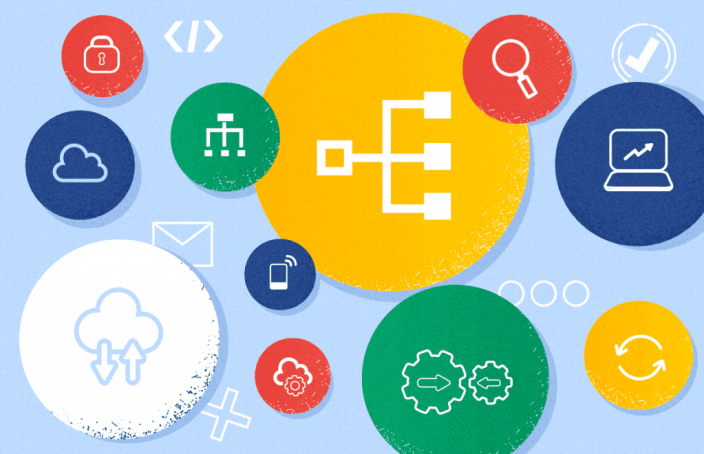 The popularity of microservices is growing due to the range of benefits they offer to developers and businesses. In this article, I will tell you about my experience of using onion architecture with a harmonized combination of DDD, ASP.NET Core Web API and CQRS for building microservices.

In fact, while there are numerous definitions of microservices, there is no single clear and unified definition. Broadly speaking, microservices are web services that create a type of service-oriented architecture.

The following are some attributes that can describe a microservice.

Note: In our project, we used Docker at the development stage and Kubernetes while deploying in the real environment.

At SaM Solutions, we’ve developed a kind of platform that allows you to automate the development and deployment of systems that use Docker. And Kubernetes is used to manage containers.

Note: In our project, the backend is written in .NET, the frontend — ReactJS + TypeScript. NGINX was used for distributed tracing. ASP.NET Core technology was used to easily implement Web API.

Why Microservices Are Good for Our Project

The challenge was to create a cloud software solution for a digital signage hardware manufacturer.

Digital signage is a technology for displaying information from devices installed in public places and used for interacting with people. This comprises LED displays, video walls, interactive kiosks, terminals and more.

Our customer needed a software system compatible with their hardware so that clients could buy equipment, install software and create and manage content.

Such a system is complicated, consisting of various modules for:

In fact, there can be many such functional modules, and each of them perfectly fits the concept of microservices: small size, maximum independence from other modules, well-defined functionality.

To organize business logic for our project, we used Domain-Driven Design (DDD).

The concept of Domain-Driven Design implies that the structure of a software solution is built around a certain business domain and matches its requirements.

The idea of the Onion Architecture is based on the inversion of control principle, i.e. placing the domain and services layers at the center of your application, externalizing the infrastructure. 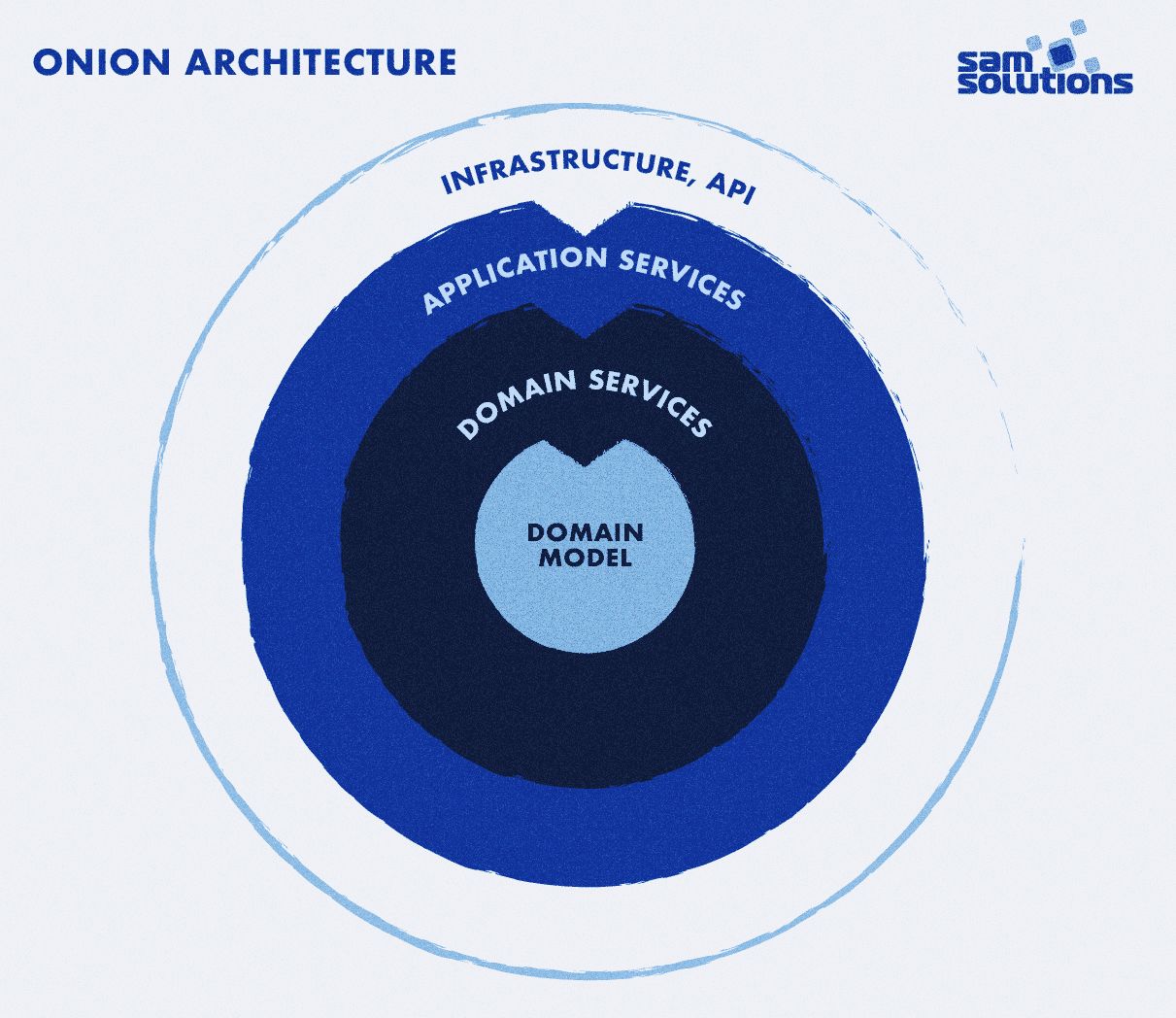 Onion architecture consists of several concentric layers interacting with each other towards the core, which is the domain. The architecture does not depend on the data layer, as in a traditional three-tier architecture; it depends on real domain models. 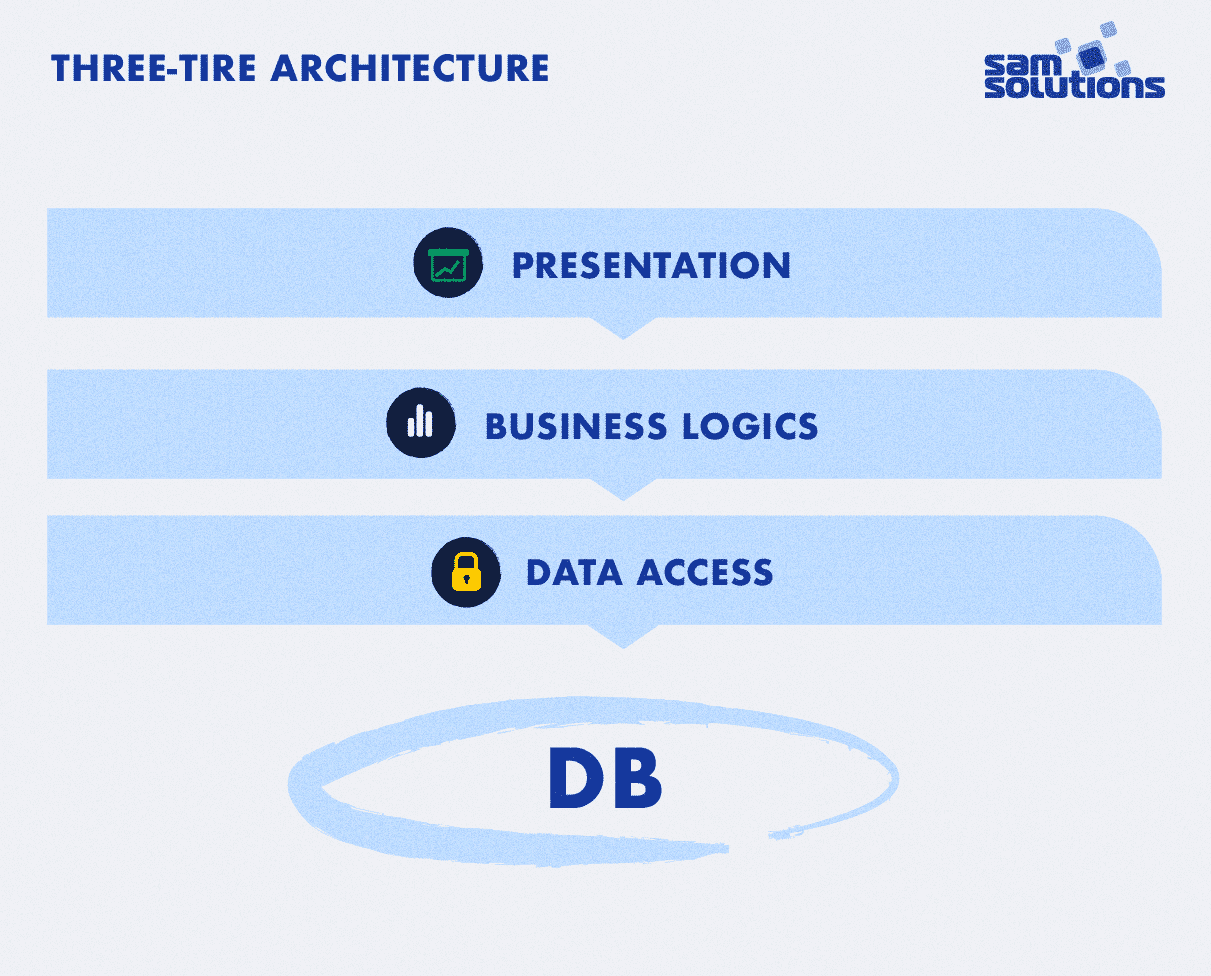 The main problem with this architecture is that all layers are built on top of the Data Access Layer and are, in fact, tied to a certain type of data storage. If this type changes, it causes changes at all levels. The Entity Framework partially solves this problem, but it supports a limited number of database types.

With onion architecture, there is only an object model at the lowest level, which does not depend on the type of database. The actual type of database and the way of storing data is determined at the upper infrastructure level.

The main issues we faced were related to maintaining the low connectivity of microservices. That’s why it was difficult to immediately divide the functionality into the necessary microservices.

At times, we had to move a particular functionality into a separate microservice if it appeared in many places in the system. On the contrary, if some functionalities were tightly connected, we had to combine microservices into one. And the most challenging task was to find a balance between all these functions.

In addition, the onion architecture itself introduced certain problems. It took us some time to distribute functional parts between appropriate layers. But eventually, this problem was practically eliminated.

Having created a domain model and a web API, we needed to seamlessly connect them. To complete this task, we chose the CQRS approach.

CQRS is a development principle claiming that a method must be either a command that performs an action or a request that returns data.

To put it simply, every action in Web API is either a request (get data) or a command (put data), but it shouldn’t do both. Consequently, each API method is divided into requests and commands. 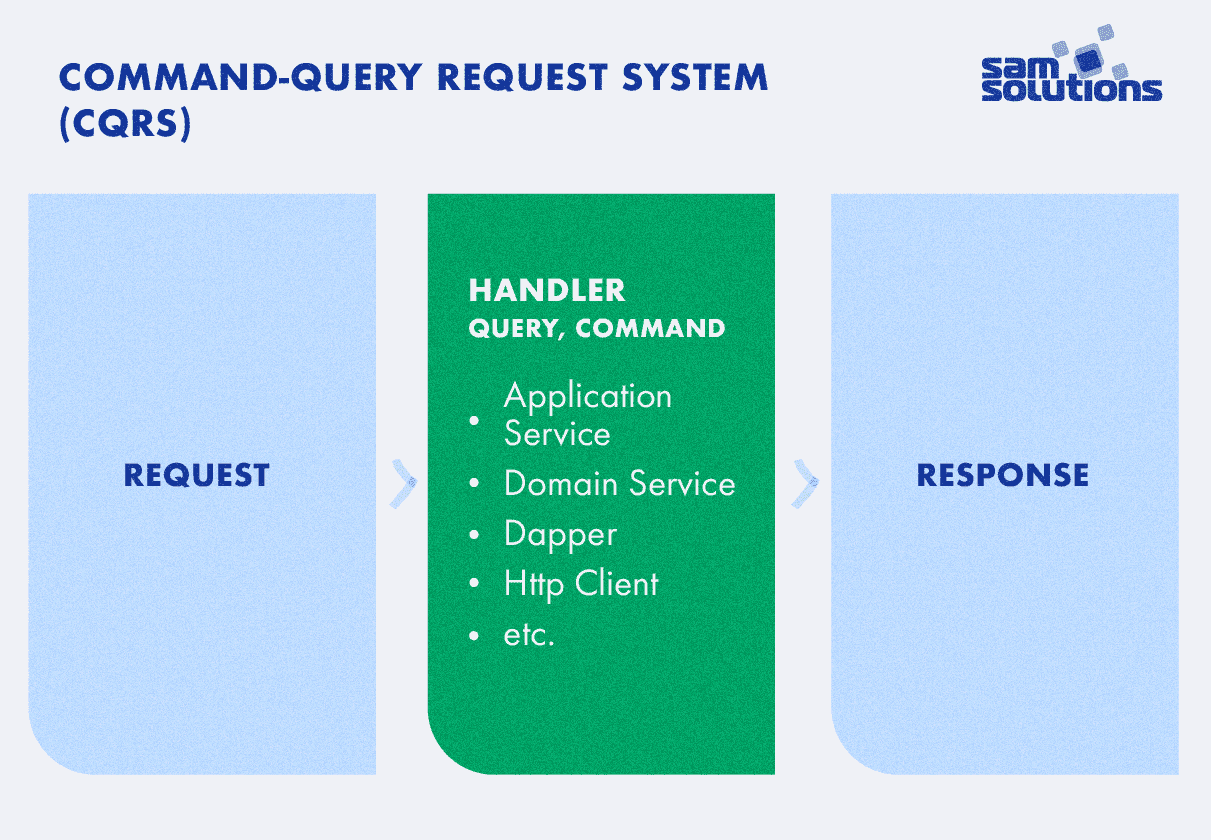 The main advantage of this approach is that get and put operations are separated. Why is that important?

Hence, when you separate these requests, you can use different technologies for handler implementation (Dapper, Entity Framework).

We’ve chosen MediatR to implement CQRS in the project. It allows you to quickly start using CQRS, and makes it possible to embed your own code into the execution process (due to a pipeline into which you can embed pipeline behavior — the code that will be executed when processing each request). MediatR supports IoC and async/await.

But it does not quite solve the validation problem, especially if you need to take information from a database or from another microservice. Therefore, we built a validation mechanism into the MediatR pipeline using Fluent Validation.

This library provides almost limitless opportunities for setting data validation rules. It is well compatible with CQRS due to pipeline behaviors. It supports IoC and async/await.

Using Health Checks, you can configure a variety of monitoring scenarios, for example to control the availability of the:

Health Checks allow you to send status to:

Health Checks is responsible for the system’s performance and will not help in case of malfunction. In other words, it is designed to monitor the health of the system, and not to find bottlenecks and errors in the system.

This is where ODD comes in.

With ODD, you can control data flows between different microservices. Observability–driven development (ODD) is an approach that involves the use of tools and/or libraries to solve the following tasks:

There are various tools that help perform these tasks. We used the following stack:

I hope you’ll find my experience useful for your projects. You can check my github repository for technical details.

Aliaksandr is a Senior .NET developer at SaM Solutions with 13 years of experience. Being a Microsoft certified engineer, he specializes in web development and has experience in creating desktop and mobile solutions. Aliaksandr is fond of learning new technologies, conducting meetups and teaching newbies at internal company courses.