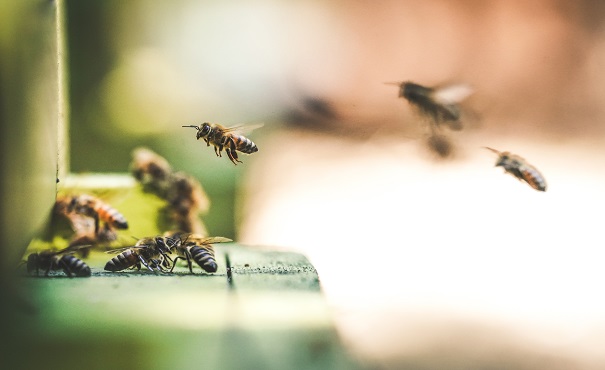 A study of AV-TEST, the Independent IT-Security Institute,  on malware has revealed that the number of malware infections that threaten individuals and businesses has been exponentially growing since 2013. With 20 million malicious programs a decade ago, in 2018, their quantity amounted to 856 million and the Institute registers more than 250,000 new malicious codes every day.

While cyber attacks cause billions of losses worldwide, malware infections have been extensively used as a tool that enables these attacks and threatens an increasing number of businesses. In this article, we will try to find out how the infections may endanger businesses, and how companies can withstand the threat.

Know Your Enemy by Sight

Malware, a term formed from “malicious” and “software,” is a type of software that serves ill-intentioned goals and is cast in the form of computer viruses, Trojan horses, worms, ransomware, adware, scripts, codes and other programs.

Malicious software falls into numerous types, depending on the way it penetrates into a targeted network, and how it operates further. To successfully prevent and combat malware, we need to know malware symptoms and what malware can do.

There are numerous malware infection types, as follows:

Before developing an efficient malware prevention strategy, businesses need to understand the motives of cyber criminals. Usually, hackers have two reasons for their attacks: make money or satisfy their vanity.

Since money and politics are in the lead, criminals usually zero in on industries that meet these requirements, which is why manufacturing, information, finance, healthcare and education are the primary targets. Why are companies concerned about malware? There is a variety of reasons: risk to the reputation, the leak of sensitive data, negative effect on service and productivity, and revenue loss. Below, we will explore in more detail the most widespread types of malware infections.

Increased ransomware attacks make them one of the most frequent cyber threat now. Statistics provided by Kaspersky showcases that ransomware attacks businesses every 40 seconds. Also, the number of their modifications grows at the speed of light — it increased elevenfold within two quarters of 2016, reaching 32,091.

There are two types of ransomware that behave differently, as follows:

Users get a screened ransom demand that is usually camouflaged with a law-enforcement authority notification about accessing illegal content and claiming users must pay the ransom.

As Verizon wittily remarks in its 2017 Data Breach Investigations Report, “ransom notes are the most profitable form of writing,” as ransom payout amounts may reach stratospheric hundred millions of US dollars. Indeed, the case with NotPetya ransomware and Merck, a pharmaceutical giant, FedEx, a leading package express company, and Maersk, the world-largest container ship operator, just proves the point.

After a company gets a ransom demand, there is little left to do. It can refuse to fulfill the requirement and lose all the information, or pay the required sum, which does not guarantee that criminals will provide access to the data.

With its 20% share, ad fraud — a.k.a. invalid traffic — is a malware that ranks second according to the distribution of types of malware in 2017. This type of malware covers all forms of online ad fraud that is intended to deceive advertisers by providing fake traffic and leads and deliberately inefficient advertising activities.

Most frequently, it relies on fraudulent banner, video and in-app ads and can be classified into the following types:

That is why marketers invest large sums of money in the advertising budget and get no effect in return. According to Forrester, ad fraud cost businesses $7.4 billion in 2016, and the amount is predicted to grow. Ad fraud against the Financial Times website (ft.com) alone comes out to $1.3 million per month.

With downloaders, cyber criminals do not need to trigger users on accessing suspicious content or downloading contaminated software. Downloaders facilitate the penetration into a targeted system, which is why they are especially useful in advanced persistent threat (APT) attacks.

We hope that these examples of malware attacks constitute convincing evidence for companies to take action in protecting their operations. Usually, businesses are exposed to carefully orchestrated attacks, and malware activity is a part of it. These attacks are extremely difficult to address after intruders have penetrated the environment. That is why we highly recommend prioritizing prevention measures, as they allow to put a plug on an attack in germ.

Big market players are usually primary targets for cyber criminals. The high revenues that they get allow shelling out considerable amounts for the return of data ownership. That is why hackers engineer sophisticated strategies to penetrate their victims’ environments and access sensitive data.

In most cases, cyber criminals use malware as a component of their malicious strategies. Below, we will work out measures that help prevent malware from penetrating business environments of large companies, whether the malware is a part of a large attack or acts independently. A secure corporate environment should include the following components: an efficient SIEM system, threat intelligence, protected cloud and safe mobile software.

SIEM (security information and event management) systems provide comprehensive control over a company’s IT landscape. Quite frequently, such a system is mistakenly considered to be a one-man army that detects and destroys possible threats.

However, a SIEM system is not capable of fighting malware that has already infiltrated into a network, as it is purposed to monitor the corporate environment and detect tampering attempts. After the system reveals anomalies and factors out false positives, security analysts investigate the issue and address it.

SIEM systems cover all network components — such as numerous endpoints, assets and applications, gather flow data and log events that they produce, and then parse this information to get valuable insights.

Let’s study the capabilities of such systems as exemplified by a leading solution according to Gartner’s 2018 Magic Quadrant for Security Information and Event Management — IBM QRadar:

An integral part of security intelligence, cyber threat intelligence enables companies to be aware of possible and real attacks that threaten their corporate environments.

Threat intelligence relies on sharing platforms that contain comprehensive information on potential, existing and past threats. This information helps security analysts monitor corporate IT landscapes for the signs of malware infection or other possible exploits and threats and proactively address them.

Businesses use threat intelligence solutions for the following purposes:

The exponentially growing expansion of cloud computing in information technologies raises the exposure of the cloud to malware attacks. It necessitates companies to place utmost importance on cloud security and safety. Cloud security is an approach that requires a number of measures to be fulfilled, such as:

The increasing demand for mobile applications has given a boost to various cyber attacks that are performed via portable devices. Usually, mobile devices are connected to different networks, which raises the prospect of malware infiltration. That is why mobile security is a prerequisite, regardless of whether you develop software for end customers or use it in your corporate IT environment for your own purposes.

A great number of small and medium businesses are exposed to malware infections. It is considered that the most common root cause of breaches is employee or contractor negligence, which is why employee conduct must be the number one concern in SMEs.

Some of the above measures that we recommend to large enterprises are quite costly, and not many businesses can afford to implement them to fight off malware. However, there are some useful measures that do not require a big investment while they help create a fairly reliable defense of a corporate IT landscape against malware.

Solutions for application security testing help businesses detect possible breaches that malware may use to infiltrate the source code of their applications and inflict damage. We will study their capabilities using the example of a leader solution of Gartner’s 2019 Magic Quadrant for Application Security Testing — Fortify by Micro Focus.

This solution provides a complete visibility of a company’s software, detects and helps eliminate possible vulnerabilities, and allows users to review, manage and prioritize remediation measures.

However, security or penetration testing is the best way to examine the safety and reliability of a company’s infrastructure and get a 360-degree overview. By simulating malicious actions that criminals may take, ethical hackers check a system’s immunity to attacks. This approach provides the most thorough analysis of a company’s infrastructure and allows identifying vulnerabilities, bottlenecks and possible breaches that malicious software may use to infiltrate the source code.

Companies should use only reliable software and get it from trusted sources; otherwise, it may turn out to be a masqueraded malware. Instead of downloading the first available files, use software centers or publishers’ websites. Also, any risky or ill-famed application should be removed and replaced with a trustworthy one.

Forehanded software updating is another measure that contributes to higher system reliability. Current software versions usually have more reliable defenses, which is why companies should update their operating systems and other software as soon as their new versions become available.

Also, there is a range of software that should be installed on all of the assets in an IT network to help protect it from malware penetration, such as:

A company’s internal security policy should specify certain requirements that the employees must fulfill.

Watch out for suspicious USB devices. USB devices that look lost or forgotten may turn out to be a major hazard, as chances are, criminals have planted them to kick off an elaborate attack.  The devices may contain malware that penetrates the network as soon as it can and kicks off a broad-scale attack. That is why employees must not use unattended USBs; instead, they should destroy them or alert security officers.

Keep away from fishy URLs and attachments. As far back as 2011, Microsoft reported that one in 14 downloads contained malware, and incidences of the type have been growing more frequent. That is why users should avoid any suspicious and unexpected attachments or URLs, as attachments can contain camouflaged malware, while URLs may lead to rogue websites.

Rock-solid passwords. An unreliable password is probably one of the easiest gaps that intruders may use to get an access to corporate endpoints. That is why sufficient password management may prevent criminals from implanting malicious programs into a company’s IT landscape.

As time passes, malware infections become more sophisticated and widespread, which is why businesses should pay considerable attention to the protection of their IT landscapes. A reliable defense is no longer a desirable measure — it has become an indispensable prerequisite.

Companies choose different protection measures, depending on their size and available budgets. However, regardless of whether you can afford to implement a high-end SIEM system, to perform security or penetration testing of your network or only to install an anti-malware program, skeptical computing must be your motto.

No votes yet.
Please wait...