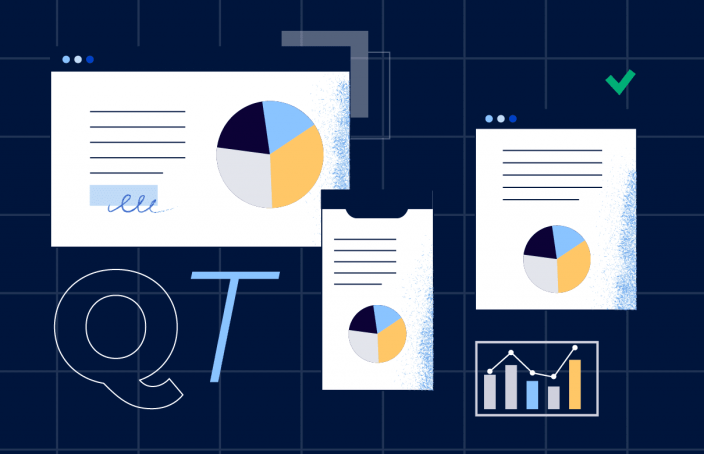 What I really admire about Qt is that it is a cross-platform framework. Apps created with Qt can run on…

Frameworks play in favor of effective app development because of out-of-the-box constituents. Their aim is to help standardize the software development process, making it quicker and easier. Qt framework is a popular solution for GUI development. In this article, we will examine the benefits of Qt and QML implementation in the IT industry.

Qt is a C++framework for developing graphical user interfaces and cross-platform applications, both desktop and embedded. The framework can function on different types of software and hardware. Initially, it was created as a class library, and over the years the license underwent numerous transformations. Users can choose between two available types of license: a commercial paid license and a free open source license.

It offers a special software development language: Qt Modeling Language(QML), which is widely implemented in projects to create user interface–focused apps. In addition, it can be bound with other languages such as:

The Qt Integrated Development Environment (IDE) is known as Qt Creator. To add extra features to Qt, developers often use addon modules in their projects. These can either work with specific platforms only, or are backward-compatible. Some addons are available only in the commercial license. In the free license, there are no such options.

Thanks to the widget toolkit, programmers can code straightaway in C++. Qt Designer can generate code for widget-based graphical user interface software in interactive mode. A special instrument called the Qt Quick module streamlines GUI development with the help of QML.

As of today, there are 4 editions on the market:

Software engineers can use the basic version available under a free license. To access more features they have to buy the more advanced versions under the commercial license from Qt Company.

The backbone of the framework is formed by Qt Essentials modules. They are the following: 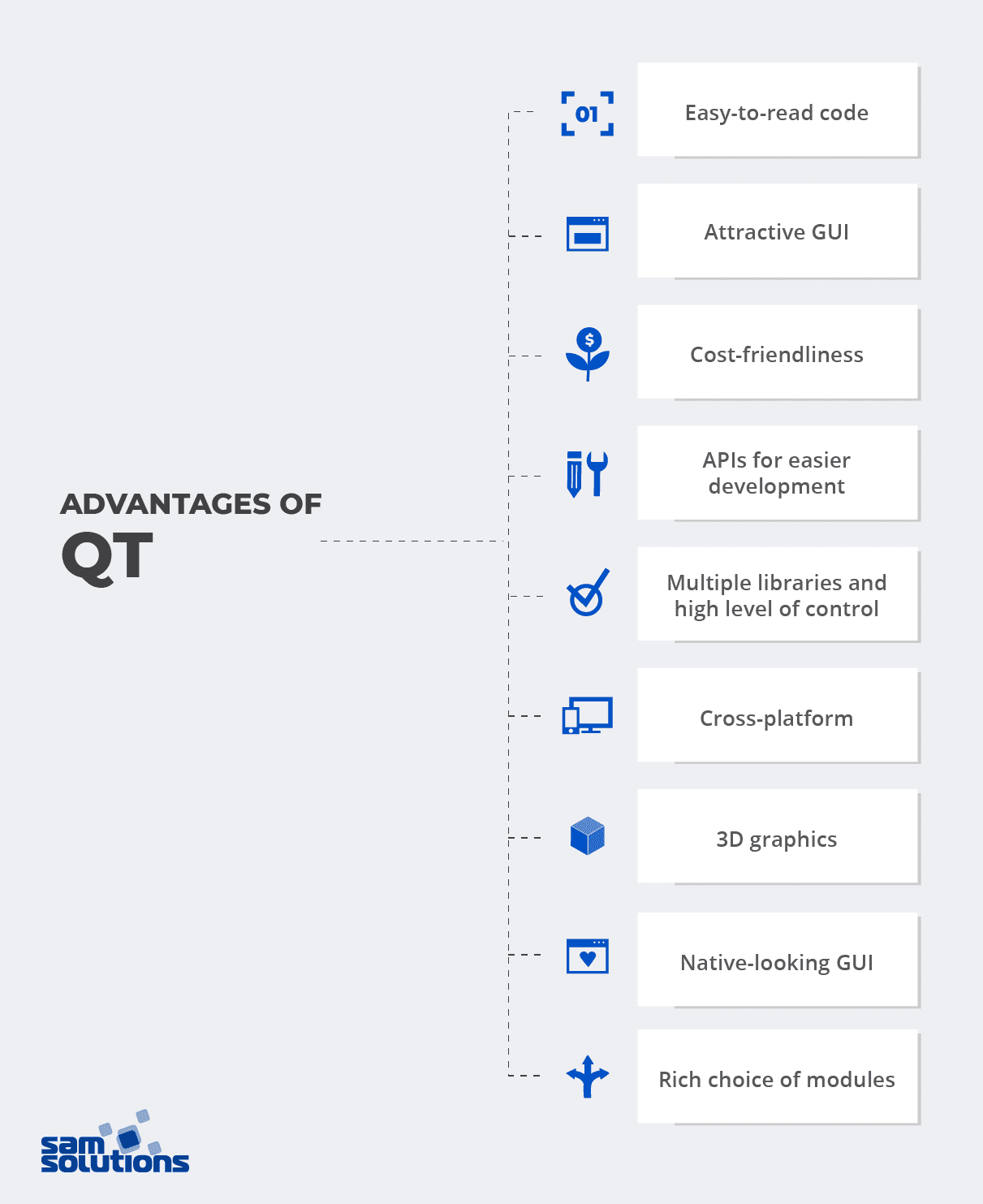 These are the concepts that the framework foundation is based on:

The latest versions leverage native-style API of the platform. This helps avoid the problems that Qt had earlier. Previously it implemented its own paint engine and controls and emulated the platform, which led to inconsistencies when the emulating process was not perfect.

A GUI widget sends signals that contain event data. Subsequently, the controls together with slots catch the signals.

Language bindings allow programmers the usage of other programming languages during the project.

QML is a programming and user interface specification language. The existing functionality of this language can be enriched through the implementation of C++.

Software developers can build high-performance apps rich in visual characteristics and animation with Qt Markup Language. It was created to dynamically interconnect the constituent elements that the developers can reuse and customize afterward. Programmers appreciate the ability to create GUI with dynamic effects and smooth transitions, which is especially beneficial for building mobile apps. QML can be of use in 3D scene description, touch input, and UX enhancement.

Moves the items in an interactive mode

An item possesses a default state, which changes after the configuration is changed

When the state changes, the transitions are animated

QML is a declarative language with syntax analogous to CSS and JSON that supports imperative JS expressions. QML defines the attributes of objects and their relations and responses to other objects’ changes. Unlike imperative languages, it integrates changes in attributes, as well as behavior straight into the object definition. As a rule, an engine loads the source code of the Qt markup language from QML documents. Developers can then reuse object types further in the application.

You can create graphical user interfaces for deployment on desktop, mobile, and embedded OS. There will be no need to rewrite the source code. To use Qt for a 32- or 64-bit platform, all you need is the right compiler and renderer.

Below you can find the supported platforms:

Where Is Qt Used

Qt is a popular solution used in projects that are focused on creating embedded devices and Internet-of-Things software. It is also used for desktop and mobile development. One of the best-known Qt projects is KDE Plasma, which is often ranked as the best desktop environment. Qt is used by such companies as LG, Tesla, Microsoft, Samsung, BMW, Siemens, HP, Philips, etc.

Below you will find other examples of Qt-based software. 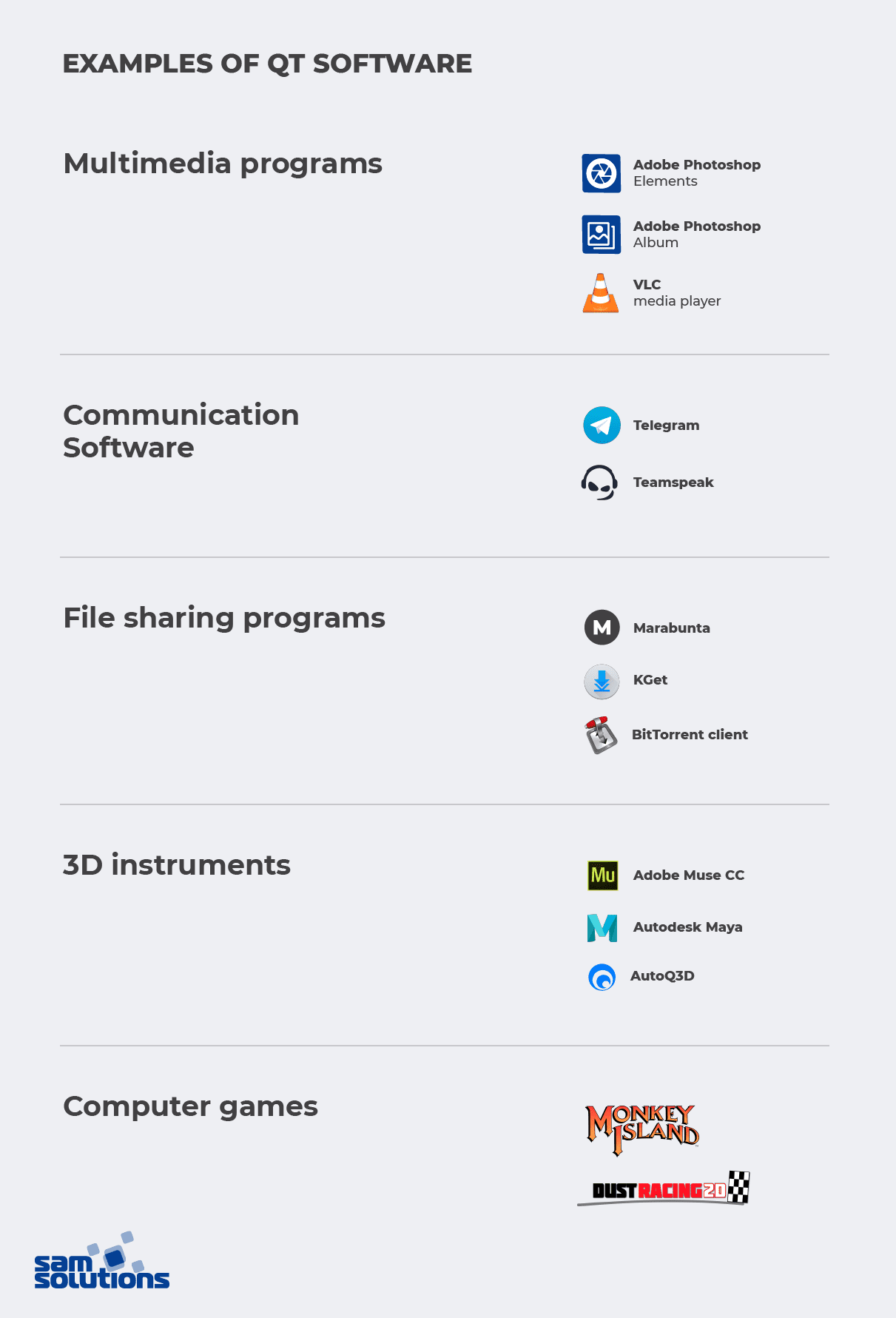 Leverage our 28+ years of embedded and firmware development experience

Qt is a powerful time-saving solution for GUI and app creation, especially when it is necessary to combine the efforts of UI/UX and development teams. The QML programming language is often associated with Qt development.

Qt can be used for desktop, embedded, and mobile development on multiple platforms. You can choose either a free or commercial license based on your specific needs. If you work on a complex high-load project, we recommend you use a commercial license.