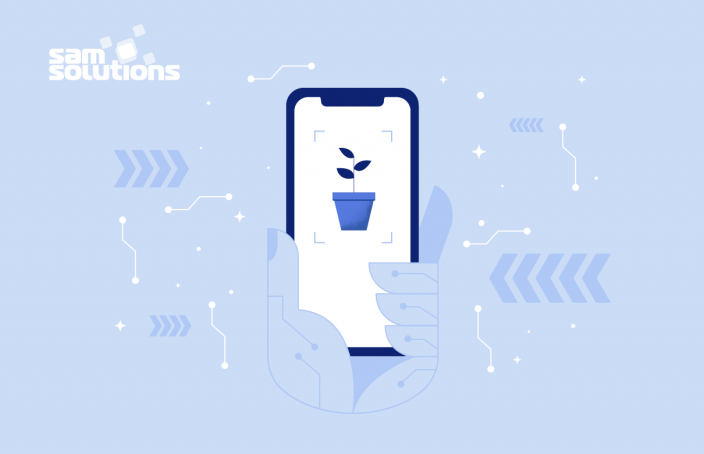 How can a computer, smartphone or surveillance camera identify objects in the pictures or recognize people in the crowd? What technologies are used to create smart solutions that can imitate human brain functions? Today we are going to talk about the image recognition technology and sophisticated programming innovations it is based on.

What Does Image Recognition Mean?

The ability to recognize objects, classify them by certain features and turn this information into action is considered to be the main property of living creatures. Numerous complicated processes happen in their brains instantly and, as it seems, easily.

Until recently, computer systems didn’t possess such properties. But the attempts to make machines simulate biological processes and automate tasks performed by natural visual systems facilitated the development of artificial intelligence and neural networks. They formed the foundation for a comprehensive computer vision technology and its integral part — image recognition.

Computer vision is an interdisciplinary field that aims to analyze digital images or video sequences and make certain decisions, e.g. visual content search or autonomous robot guidance, through the lens of extracted data.

Just like the human brain uses two-thirds of its resources for visual processing, computer vision requires massive amounts of power and encompasses various technologies, hardware and software, including image recognition algorithms, to get its sight right and ensure correct understanding. The algorithms are trained with machine learning models to identify people, objects or certain features in digital images and compare them with the millions of preloaded pictures in the database.

IT giants such as Google, Facebook and Pinterest, as well as numerous other companies, are actively researching the field and investing significantly in the image and facial recognition applications.

From a business perspective, programs and gadgets performing visual tasks are applied in numerous domains: for retail processes in the eCommerce industry, for accident avoidance in self-driving cars, for people identification in security systems, etc. Let’s take a look at some industries that gain the most advantages of image processing.

Online retailers can be considered major adopters of this technology, since their business is based on product search and targeted advertising. eCommerce image recognition is powered by visual search engines and app s that can identify products you are looking for (for instance, you take a photo of a product and the system finds this product in the network and suggests where you can buy it). It also provides instant recommendations on similar products you may like. Thus, you get a virtual showroom in your smartphone.

The ViSenze company — a prominent example of AI solutions providers — offers the following products and services:

In partnership with Coveo, SaM Solutions delivers relevant customer experiences based on AI-search and recommendation technologies.

The leading global automakers such as Audi, Volvo, Uber and Tesla, in cooperation with IT giants such as Google, are competing to invent the autonomous car, which would be able to drive without human assistance. Though this is still a distant goal, partial driving automation already exists.

This has become possible due to the development of embedded image processing car systems powered by deep learning. Thousands of images of road and traffic conditions are fed into the neural network to train intelligent models. As a result, they can perform the following:

The more training data is provided, the smarter systems become.

Thousands of street and office cameras are equipped with facial recognition software for ensuring the safety of people and property. This is the foundation of smart cities, where every accident is tracked, and every troublemaker can be easily found using three basic outputs:

Moreover, image processing is applied frequently in the field of biometrical passwords, i.e. when users unblock gadgets or doors with their faces or with fingerprint identification.

How to Make Image Recognition Software

So, what does it take to build an image recognition app? The app creation for image analysis is not as difficult as it sounds. What you need is to choose an appropriate language that can handle complicated algorithms, combine it with necessary machine learning libraries and frameworks, and design the script.

The following is a list of the best programming languages for image processing.

C, C++ and C# programming dialects of the C-family are used widely for the creation of artificial intelligence programs. Their native libraries and specifications such as EmguCV, OpenGL and OpenCV have built-in intelligent features for processing pictures and can be utilized for quick development of AI apps. With these languages, you can write the code from scratch as well.

C++ is considered to be the fastest programming language, which is highly important for faster execution of heavy AI algorithms.

A popular machine learning library TensorFlow is written in low-level C/C++ and is used for real-time image recognition systems.

One of the most commonly used languages, object-oriented Java has equal power to build simple desktop apps and complex AI-based functionalities. It is appropriate for search algorithms, neural networks and natural language processing (NLP) solutions.

The greatest Java leverage is its native machine learning and image recognition libraries, using which you can create apps from scratch. It is also compatible with open-source libraries, e.g. OpenCV (Open Source Computer Vision Library ). Moreover, Java solutions are platform-agnostic and can run on any platform without recompilation.

Java derives from the C-family, taking a part of its syntax. At the same time, it has lesser tools and is easier to use and debug than, for instance, C++.

Today, Python and image recognition are related concepts. A high-level Python supports functional, procedural and object-oriented styles of programming while having a simple syntax and being portable: it can be used on Windows, Mac OS, Linux and UNIX platforms.

The Python programming language delivers smart capacities that are applicable for NLP solutions, neural networks, identification of pictures and movements. Its compatibility with a range of libraries, such as an open-source ML library TensorFlow, empowers Python developers with smart tools for the creation of complex algorithms.

MATLAB is a programming platform with an array of built-in tools and functions, and a namesake matrix-based language for scientists and engineers involved in computational mathematics.

Since image recognition and matrix calculation are interconnected, MATLAB turns out to be an excellent environment for deep learning and machine learning applications.

Using MATLAB, you can:

Build Intelligent Solutions with Us!

SaM Solutions has considerable experience in developing software with incorporated intelligent elements. Here are some examples of AI-based projects our team took part in:

The enormous volume of visual data, in case it is processed properly, creates growth opportunities for many businesses. These are targeted advertising, smart photo libraries, interactive media solutions, security systems, accessibility solutions for the visually impaired, and much more.

Do you want to seize these opportunities? Rely on our specialists in the choice of languages and technologies for implementing your ideas and delivering better services to your customers.